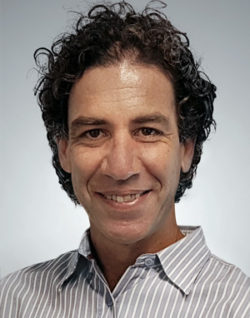 Dr Justin Nasser was awarded a Bachelor of Medicine and Bachelor of Surgery (MBBS) from the University of Queensland in 1991 and became a Fellow of The Royal Australian and New Zealand College of Obstetricians and Gynaecologists in 2003.

After obtaining his specialist qualifications in Obstetrics and Gynaecology he spent two years of sub-specialty training in Obstetrical and Gynaecologic Ultrasound at the Royal Women’s Hospital and the Mercy Hospital for Women in Melbourne. During this time, he obtained a Diploma in Diagnostic Ultrasound (DDU) from the Australasian Society for Ultrasound in Medicine (ASUM).

He returned to the old Gold Coast Hospital as a Staff Specialist and developed the first local tertiary level Obstetrical and Gynaecologic ultrasound service.

He continued his interests in clinical and academic medicine, and in 2010 obtained a Masters of Reproductive Medicine.

He has until recently worked in both the public and private sectors in the fields of obstetrics, gynaecology, reproductive medicine and women’s imaging.

He is now working exclusively in the field of Obstetrical and Gynaecologic ultrasound at the Maternal-Fetal Medicine unit at the Gold Coast University Hospital, Justin has also been appointed the medical director of Swell Women’s Ultrasound.

Book an appointment to see Dr Justin Nasser at Swell

Be sure with
Swell Women’s Ultrasound.